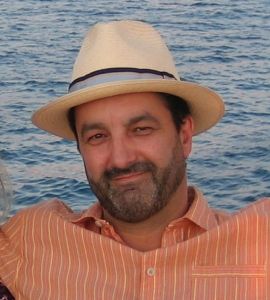 Durham Marenghi has designed the lighting for a wide variety of Theatre, Opera, designer to have lit the Opening and Closing Ceremonies of both the Summer and
Winter Olympic Games.

TELEVISION broadcasts include the critically acclaimed Diamond Jubilee Concert in 2012 and the Queen’s Golden Jubilee at Buckingham Palace in 2002; the event lighting of THE WALL for Roger Waters in Berlin 1990, arguably the biggest rock show of that decade; A Celebration of Christmas from Vienna with José Carreras, Placido Domingo and Natalie Cole; The Hong Kong Handover Ceremony on June 30th, 1997, the New Year’s Eve Light and Fireworks Show from the London Eye since 2004 including the 2021 and 2022 city wide surprise London New Year Events, the Winter Olympics Opening and Closing Ceremonies in Turin 2006 the London 2012 Olympic Handover in Beijing 2008; the Winter Paralympic Ceremonies in Sochi and the Rio Summer Olympic Ceremonies in 2016.

Durham is a member of The Society of British Theatre Designers, The Society of Television Lighting and Design, The Association for Lighting Production and Design and the Institution of Engineering and Technology.